HairLab 2D is a fun little chilled out game where you can cut, color and style the glowing multicolored hair of three odd hairy characters.

If there's one criticism that can be levelled at real-life hair then it's that it doesn't glow and pulse with a fiery neon intensity. Thankfully the creator of HairLab 2D have rectified this evolutionary oversight, and it allows you to … Read More

Onirike is a wonderfully weird non-linear third person puzzle platforming adventure where you try to recall your memories in a surreal dream world full of quirky characters.

In Onirike you take control of Prieto, a mysterious character who lives in a nighttime world and loses his memory every morning. With a little help from a four armed clown and a little exploration, platforming and puzzle … Read More

Nongunz: Doppelganger Edition is a beautifully animated nihilistic roguelite action platformer where the whole game is wrapped up in a riddle with a mysterious idle game at the heart of it.

Currently in development by Brainwash Gang, Nongunz: Doppelganger Edition isn't just a special edition of the original 2017 game, it's been rebuilt front he ground up and also features new arena and co-op game … Read More

Teenage Blob is currently in development as a Split project by Team Lazerbeam (creators of Snow Cones, Wrestling with Emotions and Dress to Express Dancing Success) and alternative/indie Philly music band The … Read More

DYNOPUNK is a narrative-driven tech repair shop sim where you are the last T-Rex alive and you fix electronics in a cyberpunk city full of dinosaurs!

In DYNOPUNK you take on the role of the last surviving T-Rex who has gone to make his fortune in the big city. You've taken over at a rather untidy electronics repair shop where customers will come in with … Read More 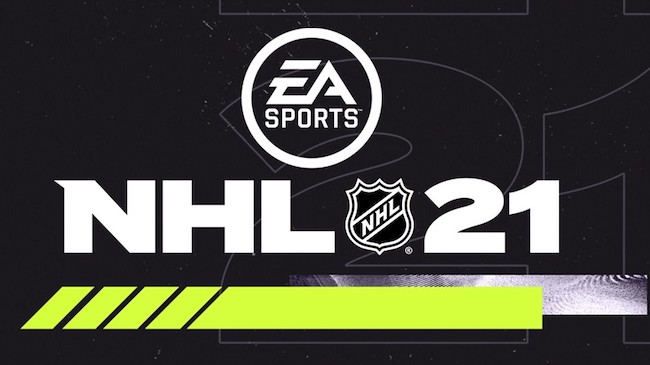 Ice Hockey fans can now sign up for the NHL 21 Beta on PS4 and Xbox One, for a chance to join in this year's instalment of EA's popular franchise.

NHL 21's release date may have slipped back to October this year due to the pandemic, but if you're itching for some ice rink action you can sign up for the Beta now. There … Read More

Now in Open Beta on PC, Iron Harvest is a dieselpunk real-time strategy game, where you command soldiers and big dirty diesel-powered mechs into battle in an alternate reality 1920's.

Iron Harvest is a gorgeous looking RTS from KING Art (creators of The Dwarves and The Unwritten Tales series), which aims to deliver a classic real-time strategy experience in its grims alternate reality dieselpunk world. … Read More

Drawing inspiration from 90's classics like Ridge Racer and the Initial D games, Inertial Drift is a highway racing game that uses the right analog stick to give you real precision with your drifting. You can steer as normal with the left stick, … Read More

Previously featured on Alpha Beta Gamer during the Android Beta sign up, Total War: ELYSIUM is a CCG spin-off of the popular Total War series, with a focus on strategy over luck. It allows you to choose from leaders throughout history … Read More

Metamorphosis is a beautiful and surreal Franz Kafka inspired first person puzzle adventure where you wake up one morning and start transforming into a tiny bug!

Drawing inspiration from The Metamorphosis by Franz Kafka, Metamorphosis is a beautifully crafted first person puzzle adventure where you see and interact with the world from a bug's eye view. After waking up in your friends house after a … Read More

Everspace 2 combines RPG elements, loot, crafting and trading with fast paced space combat as you try to make your fortune in a hand-crafted open-world universe.

A sequel to 2017's well received original by ROCKFISH Games, Everspace 2 is a single-player space exploration shooter with RPG elements. In the game you'll explore deep space and planets as you mine, trade and shoot to earn a … Read More

Eternal Return: Black Survival's has entered open Beta, so now everyone can jump in for some Anime-styled top-down battle royale survival fun.

METAMAZE is an atmospheric little existential adventure where a 2D character dreams of moving in 3D.

Created by Adam Pype (creator of SPOOKWARE and No Players Online), for a game jam where all the developers had to use the same assets, METAMAZE is an eerie little adventure where a 2D character realizes his dream of moving in 3D. He's fed up of being … Read More

Assessment is a creepy and unsettling little psychological horror game where you complete a personalized assessment of your coursework, and of yourself.

Created for the PS1 Summer of Screams game jam, Assessment takes place on a retro CRT styled computer interface, which is running the "Stillman Personal Assessment System". The test is based on English literature, and contains questions on classic novels, though a lot … Read More

Ranch Simulator is an immersive open world first person ranching simulator, which sees you moving into your grandfather's old dilapidated homestead and building it into the most prosperous ranch in the region.

In Ranch Simulator you are given control of your family's ranch, which is now a shell of its former self. The whole thing has been neglected for some time and it's fallen into … Read More

Between These Walls is a freaky little psychological horror game where you're plagued by cardboard boxes and a grotesque creature that stalks you.

Created for the My First Game Jam, Between These Walls sees you taking on the role of a young man who has just moved into a new home. The still to be unpacked moving boxes still litter the floor, which isn't too … Read More

Kinoko is a beautiful little chilled out third person adventure where a forest spirit helps clear the world of Winter, to usher in a new Spring.

Created by Thunderlime, a team of students from Dare Academy, in Kinoko you take control of a cute little forest spirit who is tasked with clearing the world of the remnants of winter to make way for Spring. To … Read More

In Retail Royale players face off to be the last one standing in a IKEA inspired retail store (going by the name of IDEA). There's a focus on melee weaponry, such as crowbars and axes, but you'll also be able to use ranged weapons, such as … Read More

Cut Short is a fun little low rez horror game where you happen across a very strange house after crashing your car into a lamppost in a woodland.

You start Cut Short standing next to the wreckage of your car, having just collided with a lamppost on a road through a dense forest. Luckily there is a house nearby, but nobody seems to be around … Read More

Cursed Cursor is an inventive little puzzler and you guide your mouse through tricky obstacle courses and you lose control of the cursor in different ways in differently colored areas.

In Cursed Cursor your aim in each level is to guide your cursor to the goal without hitting any hazards. This may sound fairly simple (and there are many browser games that have done similar … Read More

Blightbound is a multiplayer dungeon crawling action RPG where three uniquely skilled heroes battle their way through a land infected by a fog that corrupts creatures and turns them into ferocious abominations.

Currently in development by Ronimo Games (creators of Awesomenauts and Swords and Soldiers), Blightbound is a stylish multiplayer action RPG set in a land infected by the Blight – a malevolent fog … Read More

Contrast is a Portal-esque first person Sci-Fi adventure where you solve polarity and physics based puzzles while learning what it means to be human.

Created by students at the DigiPen Institute of Technology, in Contrast you become a service android that has just been activated and must carry out a series of tests before you are ready to be released into the world. However, … Read More

Out of CTRL is a dark little text based adventure where you hold a conversation with a strange old computer on a broken keyboard that only allows you to respond via copy and pasting previous words in the conversation.

Created for the GMTK Game Jam 2020, in Out of CTRL you follow the story of a woman who happens across an old computer. The computer … Read More

MOMO.EXE VR is a freaky VR adaption of the first two MOMO.EXE games, where you are ordered to carry out tasks by a mysterious stranger who contacts you on your phone.

A VR adaption of the MOMO.EXE series, MOMO.EXE VR is a horror game that revolves around an urban legend of a woman with large building eyes, a menacing smile and bird legs, who contacts … Read More

Bonsai Fairy is a charming little plant-based puzzler where you use your plant fairy abilities to grow plants into specific shapes.

Created for the GMTK game jam 2020, in Bonsai Fairy you control a little bonsai fairy with your mouse which can slice through plants to prune them or emit a glow to make them grow in the direction of your fairy. In each level … Read More

Beta sign ups are now live for, EXOMECHA, a very cool looking new multiplayer FPS with epic battles where you can use gadgets, special abilities and huge mechs to blast your way through a robot-filled planet.

Coming to PC, Xbox One and Xbox Series X, EXOMECHA is a competitive multiplayer FPS with multiple game modes (including battle royale and an objective-based game mode) with … Read More

Beasts of Maravilla Island is a beautiful non-violent third person adventure that plays a little like Pokémon Snap but rather than being on-rails you can explore at your own pace, solve puzzles and learn all the secrets of a mysterious island.

Pong Pong Protector features a novel blend of tower defense and classic Pong gameplay as you control paddles at either side of the screen that bounce a magical orb around to vanquish enemies.

Created for the gm48 game jam, Pong Pong Protector takes place in a peaceful medieval fantasy kingdom that's under attack from hordes of monsters. You and your brother are sworn protectors of … Read More

One Shell Straight to Hell is an isometric roguelite twin-stick shooter where a gun-wielding exorcist priest blasts his way through hordes of demons as he attempts to close the gates to Hell.

Currently in development by Shotgun with Glitters (creators of The Padre and Moss Destruction), One Shell Straight to Hell stars Father Padre Alexander from The Padre, but it shows a distinct … Read More